We often hear, “perception is reality” as a prelude to “what do we need to do to fix their reality?”. This approach tends to dismiss one's contribution to the overall perception of reality and obviate accountability for the organization's success or failure irrespective of who has direct oversight of a given initiative.

Perception as a Framework

Perception coupled with life’s experiences provides our framework for “the way we all interpret our experiences” (Otara, 2011, p. 21). Otara (2011) suggests “habit, motivation, learning, specialization and social background” (p. 22) contribute to interpretative determinations. Srivastava, Beer, and Guglielmo (2010) describe perceiver effects “as general perceptions of others” where “impressions…are typically organized into enduring memory structures” (p.520, 523).  Over time, adults develop stereotypes, which inform perceptions and subsequent interpretations and judgments (Srivastava et al., 2010).  Group exchanges consolidate “[initial expectations] into a group-specific stereotype…The solidification of these stereotypes may also help explain why overall variance in perceiver effects tends to increase over time” (Srivastava et al., 2010, p. 530). Furthermore, inattentional blindness described as what we see is not what we are looking for may contribute to stereotypic vision (Otara, 2011).

An example, Lobmaier, and Perrett (2011) examine participant responses to actor images portraying various emotions such as happiness, anger, and sadness. Computer images of actors’ faces were flashed on the screen (Lobmaier & Perrett, 2011). Similarly, those same images were altered covering the actors’ eyes and flashed for participant evaluation (Lobmaier & Perrett, 2011). The trialists conclude participants most positively reacted to the happy faces irrespective of whether the eyes were covered.  This is explained as self-referential bias, which “claims that people generally have positive self-concepts. To think that we have made another person happy should elevate our self-esteem” (Lobmaier & Perrett, 2011, p. 339).  Even so, Otara (2011) cautions

“people believe that they are effective and efficient leaders using their perception but their supposed followers may have a very different perception” (p. 21).

Porter-O’Grady and Malloch (2011) address labeling of convenience and posit stereotypes and labels help society function offering knowledge about each other. Conversely, convenience for the labeller can equate to misnomer, misjudgment, and discrimination of the labeled. Complexity communication and skilled emotional intelligence are encouraged to prevent negative bias and effectively manage conflict resolution (Porter-O’Grady & Malloch, 2011).  Borrowed from Rothman (1997), Porter-O’Grady and Malloch (2011) describe a process using the acronym ARIA- antagonism, resonance, invention, and action (p.182) in which conflicted parties progressively address the discord. Such a process requires self-evaluation and a willingness to engage in the process.

As keenly observed by Otara (2011), people perceive other’s perception through an experiential lens.  Moreover, perception is not interpretation.  I may perceive enthusiasm or conflict based on facial expressions, gestures, or even tone; however, I process those signals through my worldview and internal biases.

It is vital to discern between perception vs interpretation and exercise self-reflection of one's motives even in a crowded room of one, where the only person who sees us is ourselves.

Please share in the comments below or email us. 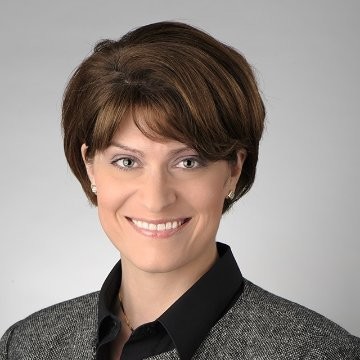